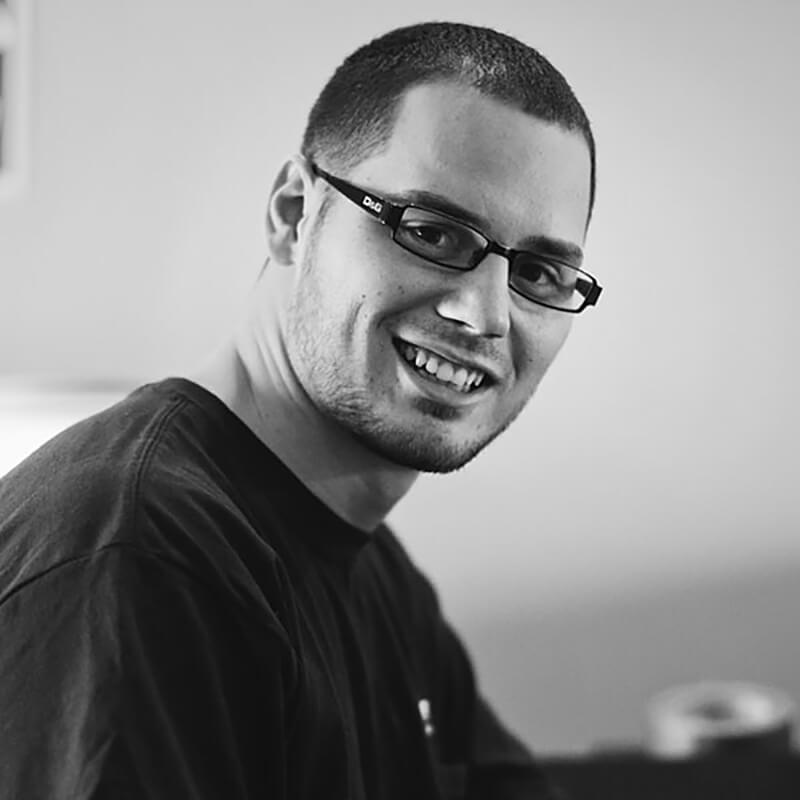 Justin Herbst is half of the IT department. When Justin was hired by Fine Line a few years ago, it was based on an aptitude for computer repair and courses at Del-Tech where he had supplemented his self-taught experience with formal classes. Since then, however, he has amassed a formidable knowledge base about everything IT from his boss, Carney Kinnamon.

“Carney has taught me everything I know,” explains Justin, who graduated from Sussex Technical High School in 2007. At Sussex, he learned auto body repair, which though a handy thing to know, wasn’t dead center of the career track Justin would eventually migrate to. Nor was his early work for Sposato Landscaping in Ocean View, which occupied him for some 18 months.

It was during one of those months in summer, a day when the temperature topped 90 and humidity not far behind, that Justin compared outdoor careers doing something he wasn’t particularly interested in with computer work which fascinated him and mostly took place inside. Except for a suntan, computers seemed to be the smarter track.

Justin immediately enrolled in computer classes at Del-Tech and through a friend learned of an opening at Fine Line. Assured that it was inside work, he applied immediately and has been happily building his IT skills ever since. Justin specializes in security and safety, hardware basics, troubleshooting, and data backup and recovery.